Terry Allen served the Erlanger community for almost thirty-three years. His career began with the Public Works Department on December 1, 1980. Four years later, Terry became the City’s Building Inspector. However, Terry’s heart belonged to the fire service. In 1989, Terry transferred to the Erlanger Fire Department as a Lieutenant, serving as the department’s Fire Inspector.

Terry continued in the role of Lieutenant until his promotion to Captain/Fire Marshal in 1992. He expanded the public education program and created the Fire Explorer Post. During this time, the Erlanger Rescue Squad and Fire Department merged, creating Erlanger Fire/EMS.

In 2000, Terry’s career with canine search and rescue began with retired K-9 Officer Joe. He continued with a new partner in 2003, a talented pup named Little Joe (L.J.). 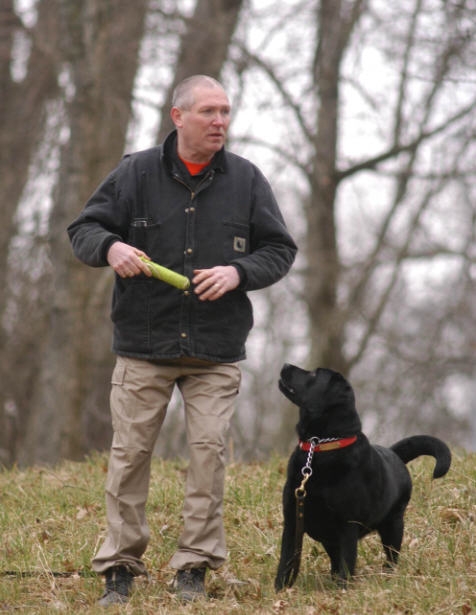 Terry became the Assistant Chief in 2004. During this time, Terry also served as the Director of the Honor Guard and the department began offering Advanced Life Support services.

Terry was named the eleventh Fire Chief in 2009. He restructured the command staff and brought a fresh look to the department’s equipment. Chief Allen also introduced a new floppy-eared member to their team, Shadow.

To serve this many years requires support from those at home. It would be remiss of us not to acknowledge Terry’s family, all, who at one time, served the Erlanger community as well. His loving wife, Sunny, supported Terry in all his endeavors and found camaraderie with the Fire/EMS Auxiliary. Terry’s sons, Bill and Matt, both followed in their father’s footsteps and became firefighters, his step-daughter, Amanda, was a fire explorer, and son-in-law, Marcus, a firefighter/paramedic. 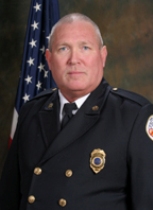 Terry considered it an honor to serve and protect. He retired as Chief on June 1, 2013. Terry’s name can be found on the Friendship Garden Wall, a tribute of appreciation for his commitment and dedication to the City of Erlanger.

Chief Allen lost his battle with cancer in 2020 surrounded by those he loved. Although he is no longer with us, his legacy lives on in others. Thanks to his leadership and inspiration, many of his Fire Explorers found careers in the fire service. Several remain with the City of Erlanger today.