The Erlanger Fire/EMS Honor Guard was formed in 2002, shortly after several founding members of the guard attended the National Fallen Firefighter’s ceremony in Washington, D.C. This event usually occurs each year in Emmitsburg, Md. to honor all of those firefighters who have died in the line of duty the previous year.

However, it was in Washington D.C. in 2002 to accommodate all of those who were attending the event to honor not only the 100 firefighters who died across the nation that year, but also the 343 firefighters who died on Sept. 11, 2001, in the World Trade Center terrorist attack in New York City. This very sobering experience instilled in our members not only the need to create our own Honor Guard, but to create a squad of uncompromising dedication and professionalism.

This commitment has earned our team much respect and many requests to perform at ceremonies throughout the region. To carry the American flag at the funeral of someone who has died in the service of his or her community is a great honor we have been asked to perform many times.

In addition to having carried the flag at several fallen firefighter’s funerals, we have carried the flag and performed ceremonial duties at Kentucky’s fallen firefighters memorial ceremony; the Kentucky Firefighters’ Association memorial service; in parades and at the opening ceremonies for conventions, meetings, and other events; and also serving at the funerals of emergency services personnel who did not die in the line of duty. 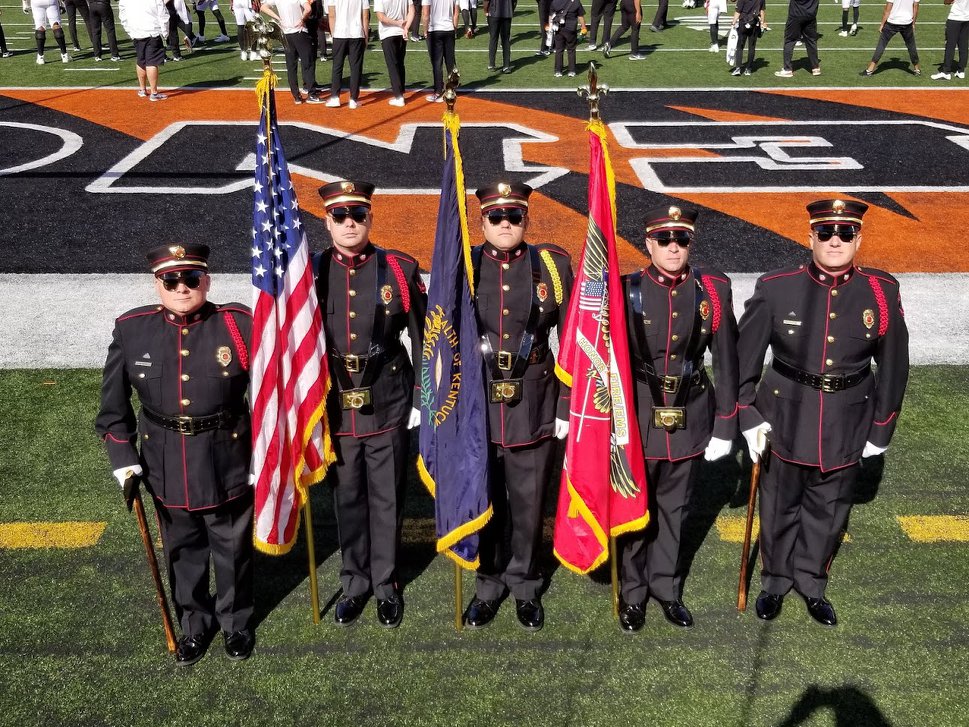