Roger Moeller, a sergeant in the United States Army, an electrician by trade. The year was 1969, a groom, but not just yet a father. That would come two years later. His journey as a volunteer firefighter began in 1970 with the Ft Mitchell Fire Department. That would continue until 1972. In that year, both Mary (his wife) and Roger would move to Erlanger. First house, one child thus far, not even a year old. At this time, he would continue his efforts and volunteer work as an Erlanger firefighter. What most probably don’t know is that this department was made up of mostly volunteers, unlike today’s first responders.

Good ole’ Erlanger, Ky. Railroad tracks, Dusing Brothers Ice and, of course, Firehouse 2 off of Stevenson Road. 1972-1981 was a time when Roger and Mary formed many bonds, friendships within the Erlanger Fire Department and Women’s Auxiliary. Comradery is the term that my parents would use when speaking on the memorable times they had during their well appreciated volunteer work within the great city of Erlanger. A spirit of friendship and community amongst a group of volunteers and staff, comradery.

For two years after 1981, Roger hung up the boots to focus on his career position and his family. Meanwhile, for this brief break of volunteer firefighting, he still kept his dispatch scanner on the nightstand next to their bed. Maybe it was time for Roger to get back to giving back to the city in which he lived, Erlanger. 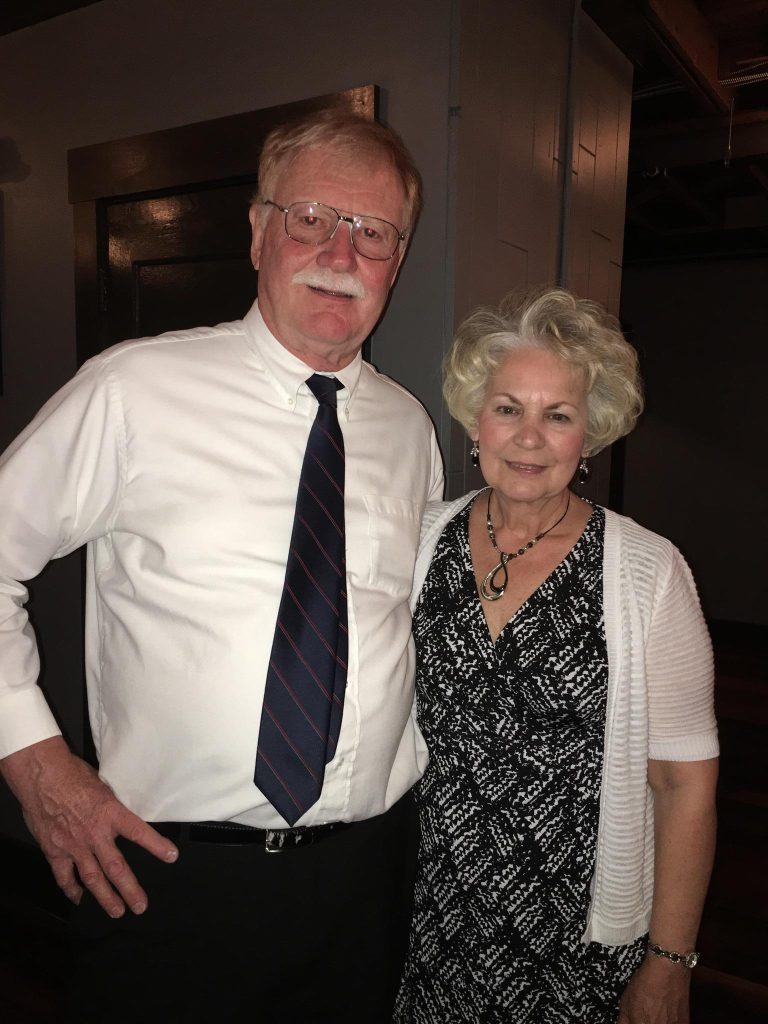 A wife, Mary, and four kids deep now. 1983 marked his 10 year anniversary as a volunteer firefighter. Roger continued his volunteer work with the city until 1986. In this year, Mary, a member and president of the Women’s Auxiliary for one term, was awarded an honorary membership for her committed years of service. A plaque she still has to this day along with Roger’s ten year anniversary pin.

I speak for both my mother and father, for those who are still around and for those we have lost, the memories will never be forgotten.

Written by their son, Dennis Moeller